The Night Candyman Came for Me

“They will say that I have shed innocent blood. What’s blood for if not for shedding? With my hook for a hand, I’ll split you from your groin to your gullet. I came for you.”

When I was 9 or 10 years old, my parents decided to rent Candyman from Blockbuster for family movie night at my grandmother’s house. Like every Clive Barker film I watched in my childhood, it scared my young mind to its core.

By the time the credits rolled, my mother was asleep on the couch and my dad decided to be silly. “Watch this,” he said wild-eyed, as he crept into the bathroom behind us. He said my mom’s name into the mirror five times and she abruptly awoke. I was certain the hook was coming for us all as punishment for playing around like that. This began a lifetime of avoiding mirrors at night. 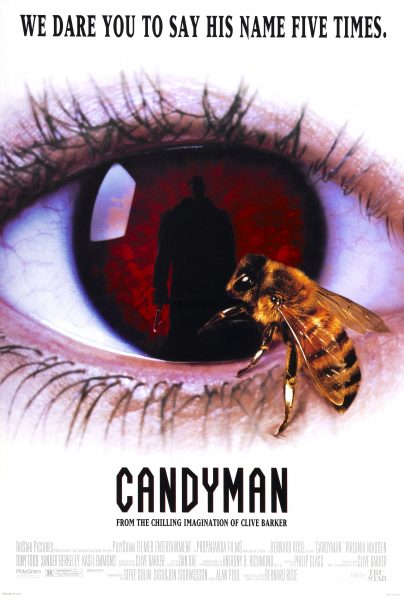 Fast forward to 2016. My love and I were beyond excited to party with our horror fiend friends at Texas Frightmare Weekend. We walked into the center doors of the main vendor floor and I froze. At the very first table, in the center aisle, was Tony Todd. I was 10 feet away from the towering terror that fueled my Candyman nightmares.

He was smiling, laughing, and hugging fans in photos, but it made no difference to me. All I saw was the hook, the bees, the blood. For the rest of the convention I tried to remember to walk into that room through other doors, but in the excitement of the event, would forget and have to face him again and again.

This summer I was asked to run the pub trivia for the Greater Austin Comic Con. Just days after confirming my spot with the convention I saw a promo post for Tony Todd pop up on the GACC page and my eyes grew wide. I just couldn’t escape him. Candyman was coming for me… Again. 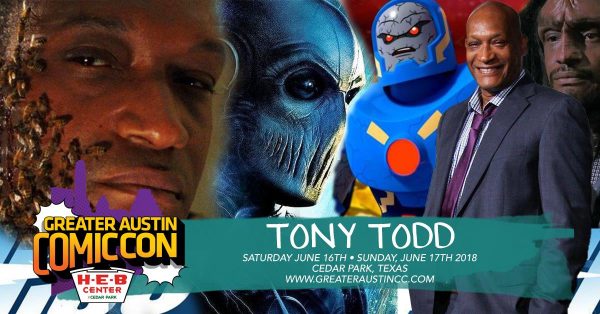 At the first night’s afterparty, an artist introduced me to Tony Todd…

I had just enough vodka to be convinced this was a good idea. My heart pounded louder and faster with each step as we walked to the deck where he and his friends were seated. A lot of things were hazy, but he said something along the lines of “Nice to meet you, Gemmi” as he shook my hand and smiled. Our artist friend told him that I had been scared of him most of my life and he laughed and wanted to know why. After recounting the family movie night incident he looked me right in the eye and said, “Tell your parents I said they never should have let you watch that movie so young.”

Moments later he decided he wanted to take advantage of being in Austin by seeing some live music. He mentioned C-Boys Heart and Soul and causally turned to us to ask if we were going to join them. Obviously, I went.

Tony Todd was the absolute nicest, most laid back and down to earth guy ever. At the end of the night I worked up the nerve to ask him for a photo, and he kindly obliged. I’m sure I’ll still never recite any names into mirrors, but I will always think back to this fun night as the night I faced my fear and hung out with Candyman. 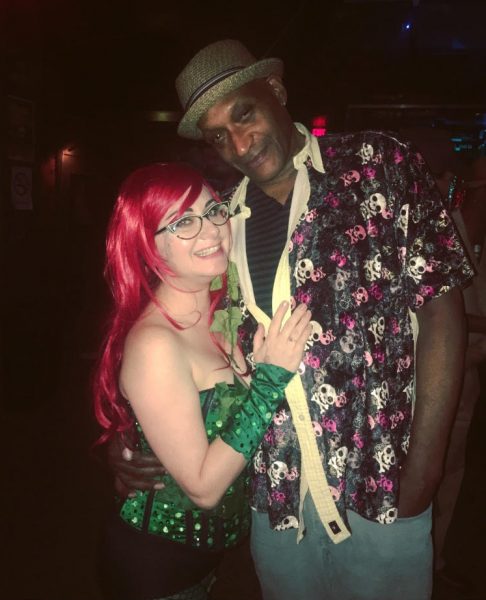