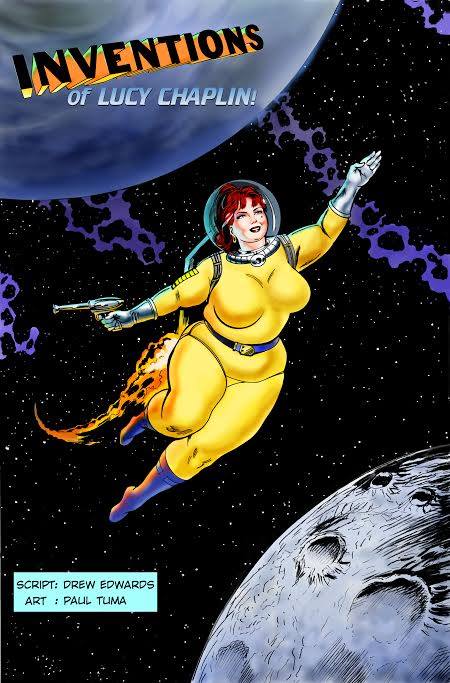 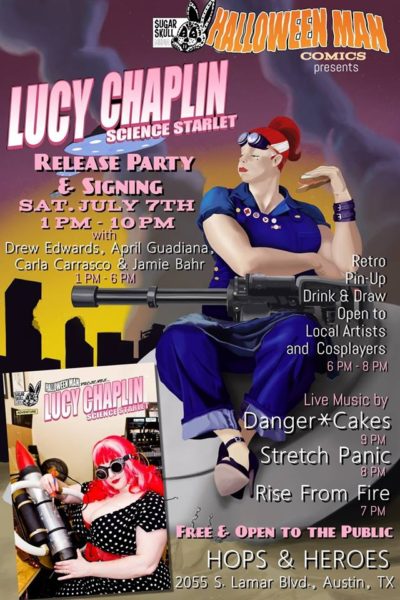 I had a chance to read the comic and it was a delight. Lucy Chaplin is a brilliant scientist who uses her inventions to fight evil-doers in this dimension and beyond. She’s a beautiful, full-figured, smart woman who, at the end of a tough day of saving the world, comes home to a tender relationship with an undead man who has also been out fighting his own monsters. 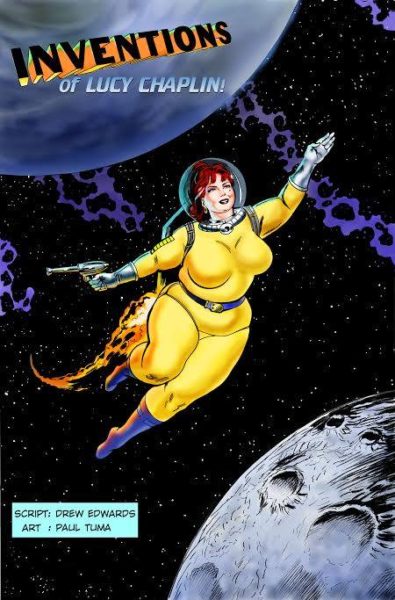 There’s obvious political satire, social commentary, and cheesecake comic book quirkiness in this fun and overdue read. Edwards gave Lucy many qualities of his wife, Austin’s own voluptuous pinup, musician, and activist, Jamie Bahr. The character was written with so much adoration and respect.

Key things I loved about this comic:

*At no point does Halloween Man have to step in and save the day.  He knows Lucy has her business handled.

*Who Edwards made the president in this universe. No spoilers, just saying. 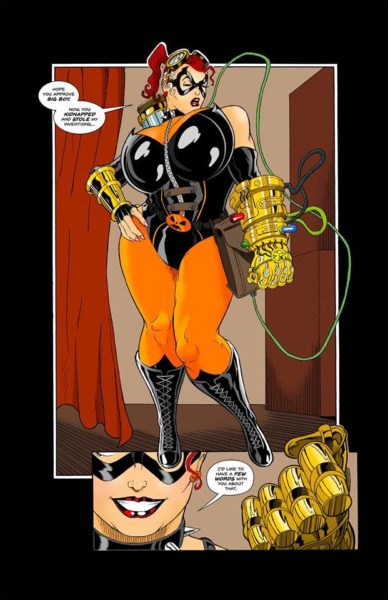 The message from the comic is clear- women are powerful, important, and equal, and can do anything they want. Want to be a leading plus-sized model AND a badass crimefighter? YOU CAN! Want to be a pioneering scientist AND celebrate your own sexiness? YOU CAN! And further, you can be loved for it all.