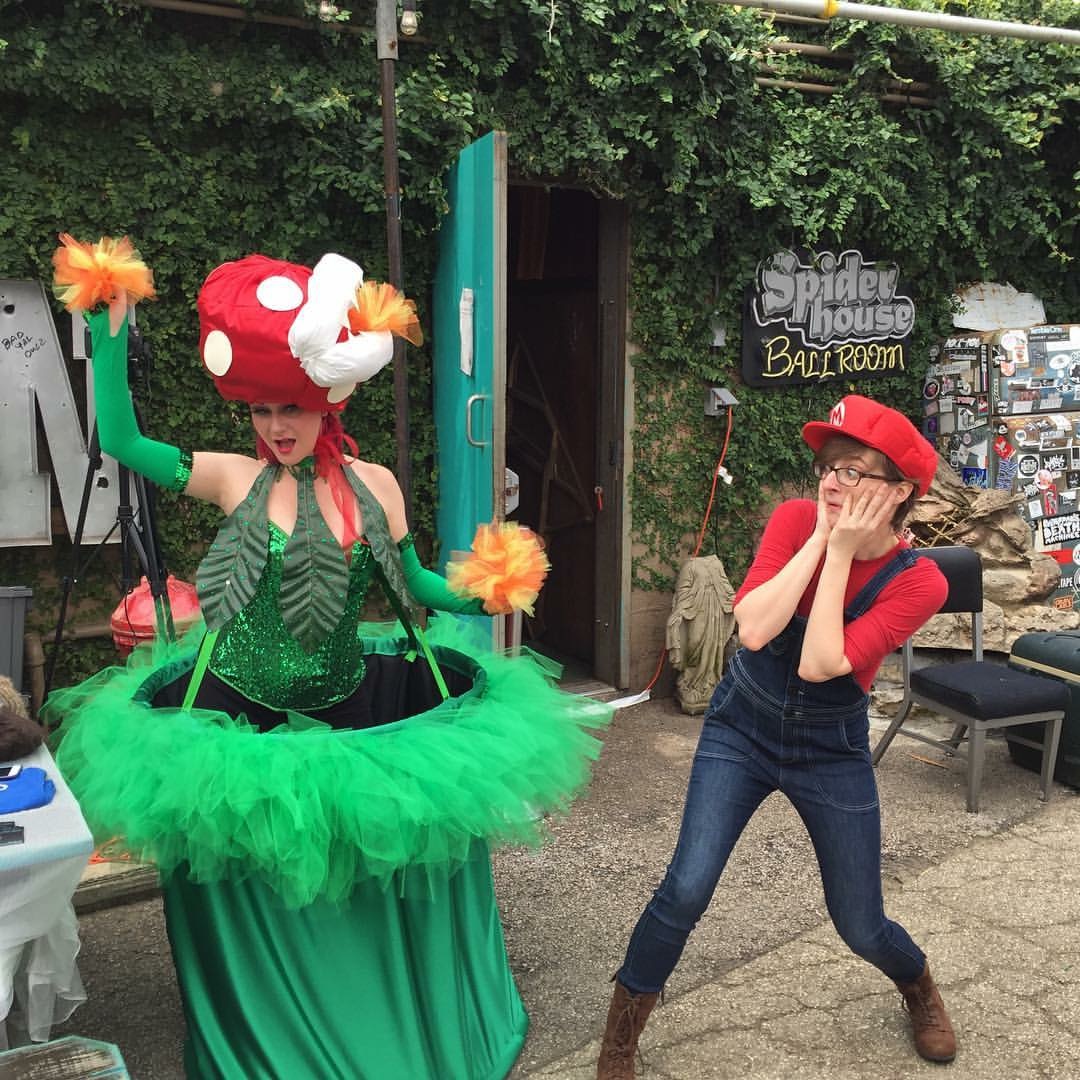 Austin, TX has so many wonderful interest groups and communities. My favorites are obviously the ones for creatives and entrepreneurs. These groups do everything from hosting skill-building workshops and networking meet-ups, to planning public film screenings and artist markets.

One such event is happening this weekend and I can’t wait. Nerd Cave is a free annual art and music showcase celebrating comics, gaming, and general nerdiness going on Saturday, May 13th at The Sidewinder in downtown Austin from 1-7pm. 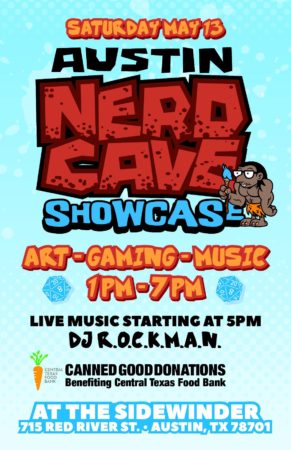 Nerd Cave started in 2011 when Jennifer Cunningham and Matthew McCoy organized a small comic book art show at Tribe Comics in South Austin. Once Bad Barry Comp (Music Manager) and Shane Campos (Graphic Designer) got involved the group rebranded and grew into the showcase it is today. And for a dash of super hero bonus points, they also take donations at the events for local charity organizations. Tomas Fierro has stepped up as the Charity Liaison to help keep this aspect well organized.

I didn’t get involved with Nerd Cave until last year. Jennifer Cunningham, who, on top of being a super talented artist and cosplayer, is also an incredible make up artist, asked me if I’d like to join in the nerdy fun. Jen knew about my work in the different geek realms and my previous gig hosting a YouTube show, so she asked if I would come in cosplay and do interviews at the event. I went dressed in my new Super Mario Bros. fireball throwing piranha plant costume, set up a small merch table (which my fellow Frisky, Stormy L’Amour, helped me run), and filmed a handful of interviews with some of the awesome cosplayers. 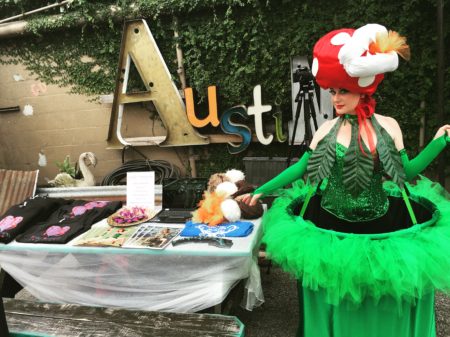 I loved every minute of Nerd Cave 2016. I got to chat with fellow nerds about our shared love of fandom, geek out over clever costume construction, and meet more artists and makers and see their craft up close. The sweet and funny guys of Punching the Walls of Reality interviewed me on their podcast, and I won some great prizes in the costume contest. The live nerdcore hip hop music was new to me, but a fun and impressive surprise. 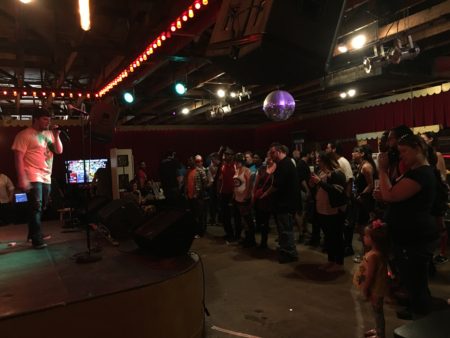 I took quite a bit of footage of the event, in addition to the interviews. And then I sat on it all. For a year. I had every intention of launching my YouTube channel last year but some things just don’t work out as planned. 2017 brings new opportunities, new goals, and another Nerd Cave Showcase. I’ll be there with new goodies on my merch table, wearing my favorite cosplay, judging the Hops & Heroes Comics sponsored cosplay contest, and filming all new footage and interviews for a real YouTube launch.

So come join us. Meet fellow nerds, talk about fandom, enter the cosplay contest, support local geek artists, enjoy the music, play games from Austin Toy Museum, chat with me on camera, donate to the Central Texas Food Bank, and have a good time. 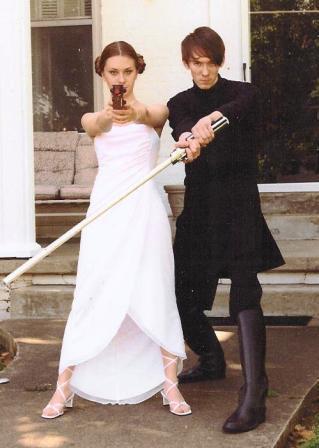 There is something I’ve known for a very long time, and from a very young age. I am weird. For a while I was ashamed and afraid that people would find out just how weird I was so I tried to hide it in many ways. That didn’t really work. First of all, my weirdness wasn’t easy to conceal. Second, I didn’t like who I was when I tried to be someone else to fit in. And honestly, I don’t think I really liked the people I was trying to fit in with.

After years of fighting it, I finally gave in to it. And I grew from just finally accepting my weirdness to fully celebrating it. What’s more is that I actually really like the other weirdos I meet. I found entire communities of people who like the same weird things I like and who have ways of celebrating their weirdness too. I fell completely in love with many subgenres of geek culture. Mostly the scifi, comic book, and horror realms and their fans. And even more specifically, my fellow creators in these fields, like writers, directors, artists, and cosplayers.

So let’s lay down some brief points of my evolution. In my early childhood I liked to play dress up. Mostly, I wanted to be Rainbow Brite and Madonna. I would build big standing microphones out of my Legos, layer on scarves and belts, and strum a fat plastic baseball bat like a guitar and sing. At some point my desire to be on stage took a back seat and I became a super nerd. I just wanted to read. I was always at the top of my class. My interests grew from stories about ballerinas to Nancy Drew. That was about the same time I started crocheting and crafting. In junior high I found my love for art, mostly sketching, and I found Edgar Allan Poe and Ray Bradbury and my life was never the same. In high school my love of horror really kicked in. In college, my first love taught me all about comic books. That was also the time I reclaimed my love for music and started photographing and writing about bands.

And then I got lost. For a few years. In that place where you try so hard to be almost anybody else that you almost don’t escape with any memory of who you really ever were. Those were dark times. Had I not found cosplay and burlesque performance, two things that are amazing both separately and together, and been led back to a world of creating, I might have been gone forever. Metaphorically and/or physically. I struggled with a lot then, so who knows.

I am at my absolute happiest when I am creating. It can be anything at all, but making a costume, a necklace, a story, a character…  These things give me life. I want to celebrate that and support others who do the same. So welcome to my party. I’m your weirdo hostess and I’m glad to have you here with me.

Geekgasm Revue is Austin’s original dedicated nerdlesque, cosplay, and geek trivia production all in one. Established in 2015 by Professor Argo and Gemmi Galactic, Geekgasm has been exciting Austin audiences with geek-themed shows of rotational casts of cosplaying burlesque, drag, and variety performers. 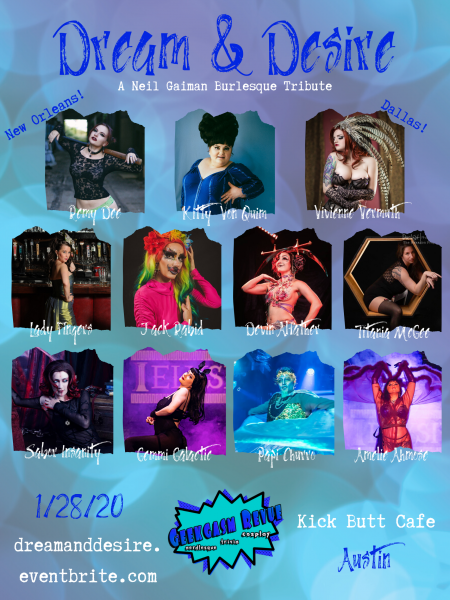 “The witch was as old as the mulberry tree
She lived in the house of a hundred clocks
She sold storms and sorrows and calmed the sea
And she kept her life in a box.”
-Neil Gaiman, Trigger Warning: Short Fictions and Disturbances

Geekgasm Revue presents its first show dedicated to an author, instead of a theme. Join us for a magical night of burlesque, drag, and belly dance inspired by the stories and characters of the one and only fantasy master, Neil Gaiman!

As always, compete with your team in the Trivia rounds throughout the show to win prizes! Trivia will cover Neil Gaiman’s catalog, and most heavily on the stories represented on our stage.

Dress as your favorite Gaiman character and win prizes in the cosplay contest!

Arrive early to visit the bar and vendor tables, and find your seats before the show starts!

There is limited seating in our intimate venue and most seating options sell out in presale and aren’t available at the door, so get your tickets early! Kick Butt Cafe has a delicious kitchen, specialty cocktails, coffees and teas, and free lot parking away from the hassle of downtown.